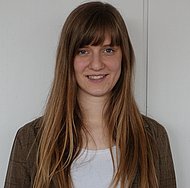 This dissertation examines actors who actively engage for minorities, migrants, and diversity in Slovakia and thereby stand up to the dominant discourse which prioritizes security and national homogeneity over tolerance. Why do these actors choose to confront popular opinion, and how do they resolve the tension between the (seemingly opposing) objectives of protecting national identity and embracing difference? In order to disentangle the various commitments of tolerance proponents, I will carry out ethnographic fieldwork within church-affiliated and civic associations, consisting of interviews and participant observation. I take an individual approach to the emergence of engaged subjects, assuming that individual agency and personhood always includes elements of bricolage and heteroglossia which allows people to hold contradictory views at the same time. This ambiguity ultimately leads to the coexistence of distinct, but intricately linked discourses in the public sphere. The project aims to enhance the current debate on the rise of populism and nationalist movements in formerly socialist countries.

Eva-Maria Walther was born in 1990 in Karlsruhe. After a European Voluntary Service in Brno, Czech Republic, she studied Historical and Cultural Anthropology and Slavistics on a Bachelor level at the universities of Tübingen and Pécs, Hungary. From 2014 to 2016, she completed a master program in Social Anthropology at Stockholm University. She is also a co-founder of the department’s scientific podcast, AnthroTalking. She earned her Master of Science degree for her dissertation titled “Caring Agents: Balancing profit and moral integrity in transnational care work agencies in Slovakia”. Since November 2016, she is a scholarship holder and doctoral student at the Graduate School of East- and Southeast European studies in Regensburg, supervised by Prof. Dr. Ger Duijzings.

"Whose realm, whose culture? Challenges and opportunities for anthropologists within area studies". (SIEF Young Scholars Working Group Conference "Coming of age. Young scholars in the field of Folkloristics, Ethnology and Anthropology", Göttingen, 26.03.2017)

"Caring Agents? The impact of transnational job agencies on life trajectories of migrants from Central Europe" (Young Scholars Forum on Central- and South East Europe at the Institute for the Danube Region and Central Europe, Wien, Dezember 2016).