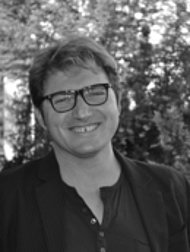 Legal and Social Anthropologist Dr. Nebi Bardhoshi is Associate Professor and Director of the Institute of Cultural Anthropology and Art Studies in Tirana. He was Visiting Research Fellow of the Graduate School in Regensburg in 2015 and was then appointed as Honorary Research Associate. By invitation of the Bavarian State Ministry of Education, Science and the Arts he was Guest Professor at the University of Regensburg, teaching "Property and Anthropology of Law", in October and November 2017.

Bardhoshi's research interest ist the anthropology of law as well as the statehood and the theory of social anthropology. He has published the monographs "Gurtë e Kufinit: kanuni, pronësia, strukturimi social [= Border Stones: Customary Law, Ownership, Social Structuration] in 2011 and "Antropologji e Kanunit" [= An Anthropology of the Kanun], published 2015 by the Centre for Albanian Studies in Tirana and the second edition (2016) by Pika pa Siperfaqe, Tiranë. He is also co-editor (with Gilles de Rapper and Pierre Sinte) of the volume "Social Practices and Local Configurations in the Balkans" (2013), published by the European University Press.

As Visiting Research Fellow of the Graduate School in 2015, he was working on a research project entitled "Blood, Sex and Land: The Local Meanings of Justice in a Context of Modern State". The process of creating the meanings of justice in a context of modern state has been in focus of this project. The social fields (in national or transnational level) forged by interaction of the people being of sujet de droit of state laws and non-state laws are the places where subjectivity and the meanings of justice are articulated The ethnography on blood-feud, taboos on sexual relationships, and land relationship in socialist and post-socialist Albania is taken as an instructive case study.