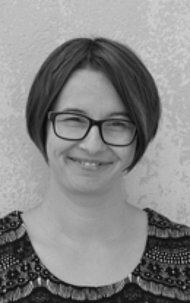 From October 17 to November 16, 2016 the Slovenian linguist and anthropologist Tanja Petrović, Ph.D. was a Visiting Research Fellow of the Graduate School for East and Southeast European Studies in Regensburg. Petrović is senior research associate and the head of the Institute of Culture and Memory Studies at the Research Centre of the Slovenian Academy of Sciences and Arts in Ljubljana. Her research interests lie at the intersection of linguistic, social, and cultural phenomena in socialist Yugoslavia and its successor states. She is the author and editor of several books and a number of essays on linguistic and cultural identities and processes in former-Yugoslav societies.

During her stay at the Graduate School for East and Southeast European Studies in Regensburg she will work on her book manuscript on the military service in the army of socialist Yugoslavia and (post)Yugoslav masculinities.

Yuropa: Yugoslav Legacy and Politics of Future in Post-Yugoslav Societies (in Serbian, Belgrade 2012; published in German by Verbrecher Verlag in 2015)

Serbia and its South: "Southern Dialects between Language, Culture and Politics (in Serbian, Belgrade 2015)
Edited Books and Journal Issues