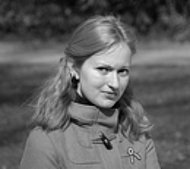 Intelligentsia in Exile. Bulgarian Revolutionary Emigration in the Second Half of the XIX Century and the Projects for a Balkan Federation — completed

The proposed research reconstructs the interconnected paths and destinies of the Bulgarian emigration of the second half of the 19th century with a special focus on several individual fates and relations as well as the émigrés’ state and nation-building ideas of reshaping the Balkans. Following idea transfers and the development of social networks in the Balkans, I attempt to find out how the mobile lives of the emigrants as well as the political and social reasons that pushed them towards exile influenced their political imagination allowing them to create grand-scale federative schemes. As their identity can be considered regionally fixed, the Bulgarian emigrants represent a perfect example of both united groups and separate individuals establishing and expending a complicated system of social connections. The aim of the research is to map the trajectories of the emigrants while producing their collective biography, relying on common cohort experiences, however focusing also on micro-cases. The idea of the “Balkan federation” and its development will be viewed as one of the main issues, not only expressed and elaborated by Rakovski and Karavelov and their circle, but regarded, argued and approved from Serbian and Greek sides and thoroughly scrutinized by European powers. The reconstruction of the Balkan social networks in the second half of the 19th century will not only prove the extraordinary tight liaisons between the neighboring nations to be influential in shaping their political and social plans, but also explain how these networks can define and predict the future conflicts and discourses.

Please also see an overview of her project in the Graduate School's Newsletter Nr. 9 Winter Semester 2017/18.

Born in Moscow. 2007-2012 Diploma Studies of history and art history at the Moscow State University in Russia. 2012-2013 Master Studies of the history of Southeastern Europe at the Central European University in Budapest, Hungaria, title of the thesis: The Problem of the Appurtenance of Dobruja Region, 1913-1940: Bulgarian and Romanian Methods of Claiming Rights Over the Territory. Since November 2014 doctoral student at the Graduate School for East and Southeast Euopean Studies in Regensburg.

Mobile Elites: Bulgarian Emigrants in the Middle of the Nineteenth Century and the Accommodation of Difference in the Balkans. In: Hungarian Historical Review 6 (3), S. 543-565.