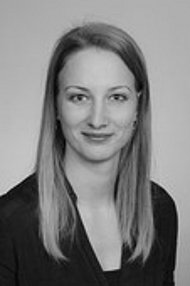 Please also see an overview of her project in the Graduate School's Newsletter Nr. 6, Summer Semester 2016.

Together with Dr. sc. Zrinka Jelaska: "Heritage Speakers and Their Croatian Language – The Influence of Language History on Written Language Production" (Conference "Multidisciplinary approaches to bilingualism", University of Zagreb, Croatia, 25.-27.04.2014).