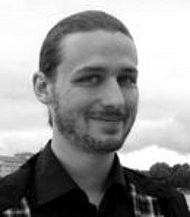 War experiences of Bavarian soldiers on the Eastern Front of the First World War, 1915–1918 — completed

Although the 2014 anniversary of the outbreak of war has increased the interest of Western historiography in the First World War, it has not led to much greater involvement of the Eastern Front in the general literature. The perception of the "World War" hardly goes beyond the trench systems of the Western Front. Hardly anyone would remember the huge battles and victims of the Eastern Front "except for the experts", says Jörn Leonhard in his 2014 work "Pandora’s Box", which takes steps in this direction. The dissertation project on the experiential world of Bavarian war veterans tries to fill this broad gap and make extensive statements on the battlefields of Eastern Europe for at least part of the German armed forces for the first time. In contrast to the Second World War, the Bavarian army moved as a closed federation to the field for the last time in its history in 1914 and also remained nominally separate organization from the Prussian army until the end of the war 1918. Any differences in mentality between the soldiers from the Protestant north and the Catholic south, however, played no role in the previous research; the work enters new territory in this area, too. The collection of diaries, letters, memoir literature and reports of the Bavarian War Archive forms the extensive but for decades by the science largely unnoticed source fund of the project. In order to do justice to the highly heterogeneous nature of the Eastern Front, the work will focus on and compare three different warfare settings. These are the campaign in Russian Poland in 1915, the Romanian battlefield in 1916-1917 and the German occupation of Ukraine in 1918. In addition to the direct experience of violence among the fighting soldiers, the events beyond the struggles shall also be adequately acknowledged, such as the relationship between German soldiers and civilians and the impact of the anti-Slavic propaganda of the German Reich on the views of the soldiers.

Studied history and English in Regensburg and Munich. Master's degree in 2015, thesis about "The War Experience of the Bavarian Army on the Eastern Front, 1915-1918." Doctoral student at the University of Regensburg since summer semester 2016 as well as research assistant at the Leibniz Institute for East and Southeast European Research Regensburg. Since April 2017, he is also an associate doctoral candidate at the Graduate School for Eastern and Southeast European Studies.Publications

"Between continuity, myth and denial: Remembrance of violence in the German post-war Literature on the Eastern Front". (Konferenz "Images and Languages of Despair and Violence Representations of Eastern Europe after the Great War", 10.10-11.10.18, Regensburg).