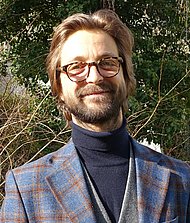 From the beginning of March to the end of May 2017, the Italian historian Oliver Panichi is a guest researcher at the Graduate School for East and Southeast European Studies in Regensburg. Panichi, who is enrolled in the PhD program “History of Europe from the Medieval Centuries to the Contemporary Age” at the Università degli Studi di Teramo, writes a doctoral thesis on the Serbian-Catholic movement in Ragusa/Dubrovnik. His research stay at the Graduate School serves scholarly exchange.

For the period from the second half of the 19th century to the First World War, Panichi investigates the nation-building processes of Croatian and Serbian peoples in Austrian Dalmatia and is here particularly interested in the interrelation of religion, language and history. He chose the Dubrovnik case study for its deeply rooted municipal identity.