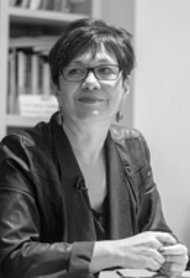 In summer 2017 the renowned Serbian historian Professor Dubravka Stojanović, Ph.D. has been Visiting Research Fellow of the Graduate School for East and Southeast European Studies in Regensburg. Stojanović is Professor of History at the University of Belgrade. She is also a vice-president of the History Education Committee, organized by the Center for Democracy and Reconciliation in South Eastern Europe based in Thessaloniki, and is consultant of the United Nations, working on the issues of history and memory and misuses of history in education. Moreover, she is member of the Management Committee of COST action ”In Search of Transcultural Memory in Europe”.

Professor Stojanović's field of interest and research are processes of modernization and Europaization in South East Europe, history of ideas, processes s of democratization in Serbia, history of urbanization, history of Belgrade, relation history-memory, presentations of history in history textbooks. In 2004 she received the prestigious Belgrade City Award for Social Sciences for the book Srbija i demokratija 1903-1914. In 2011 she had received Peace Prize from Belgrade Center for Peace and Democracy for her engagement in reconciliation process through history teaching in South East Europe. In 2012 she had received the price Winning of Freedom for women engaged in human rights activism. She has received the French decoration Chevalier de l Ordre nationa du Merite. During her stay in Regensburg in June/July and August/September 2017 Professor Stojanović will conduct a study on populism.