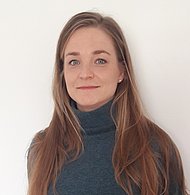 The Jewish art, culture and the Yiddish literature in particular, witness a blossom undreamt-of degree at the beginning of the 20th century in Eastern Europe. A decisive role in this process played the lyric poet and children’s book author Leyb Kvitko (1890/1893-1952). Up to the extinction under Stalin, Kvitko is an essential pillar of the Yiddish speaking literary world. At the same time, he becomes one of the most received Soviet children’s books authors in Russian language. The systematical survey of the significant work Leyb Kvitkos, embedded in the Jewish-Yiddish sovereignty of culture as well as in the Soviet children’s literature, outlines a desideratum for Slavic-Jewish sciences. It stands in a tension-ridden constellation of Jewish cultural renaissance and socialist revolution, which get into a tragically increasing opposition. Unexplored is the role of Kvitkos children’s literature for the Jewish cultural efforts for autonomy as well as for the Soviet utopia of the “new human” (novyj čelovek). Often described as the “simple, folkloristic character” of the Yiddish modern poetry or due to his hermetic texts not examined, Kvitko got expelled into a lyrical niche and was forgotten. The research project wants to close this gap. It focuses on the Yiddish children’s poetry Leyb Kvitkos and their illustrations out of a production- and reception-aesthetic viewpoint. The three central goals are: a) To analyse Kvitkos children’s poetry in the multiple crossed contexts of Eastern-Jewish renaissance and socialistic ideology, historical avant-garde and socialist realism, Yiddish and Soviet children’s literature; which means: to create a contextualized overview of his oeuvre, from which on the corpus of his children’s literature can be examined. b) To define the multi-layered interrelations between text and picture in aesthetic, cultural-historic and -politic regard on behalf of the intermedial comparison. The illustrations possess a key role as vehicle for text comprehension, but also for text-external (ideologic) intentions; c) To develop the role of the translations from Yiddish into Russian, thereby Kvitkos linguistically conditioned dichotomous perception: For the Yiddish-speaking readership a wide opus of poetry and prose is available. The Soviet-Russian recipient can only access his children’s poetry. The case study Kvitko should contribute to the understanding of the Yiddish children’s literature in early Soviet Union, Stalin times and its relation to the Russian-Soviet (Jewish) children’s literature and art-work. This topic is of high relevance, as Kvitkos literary double existence as Yiddish poet (for all Jews) and as Soviet canon-author (for children) hasn’t been examined in detail.

Caroline Emig studied Russian Philology and economics at the University of Regensburg. She completed her master’s degree in “Ost-West-Studien” with the thesis titled “Jewish Time Conceptions in Text and Picture: Scholem-Alejchem and Issachar Ber Ryback” in 2017. Since the end of 2017 she works as research assistant at the Institute of Slavic Studies, professorial chair for Slavic-Jewish Studies Prof. Dr. Sabine Koller at the University of Regensburg. There she started her doctorate in March 2018. In December 2018 she got associated member at the Graduate School for East- and Southeast European Studies.