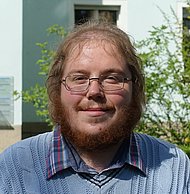 Representing Democracy? Political Practices and Languages of Delegates to Russian Town Soviets and Dumas in Revolution and Civil War, 1917-1919

The experience of representative politics in revolutionary Russia has often been reduced to a history of social movements or to the motivations of the main political protagonists. However, it deserves attention as a mass phenomenon in its own right. By placing their names on the ballots of local soviet and duma elections in 1917, thousands of people decided to frame their biographies in an unapologetically political and representative vein. In the honeymoon of the Revolution, as well as in the tightly controlled elective bodies across the fronts of the Civil War, representatives had to constantly navigate conflict zones between electoral legitimacy and representative distance, between particularistic interests and extensive ideological discourses, between institutionalization of dissent and visions of a general will. By doing so, they were struggling with similar dilemmas of representation as their colleagues in countries with older parliamentary traditions, the scope and consequences of their actions however being vastly expanded by the Revolution’s radical decentralization and rapidly changing mental maps of the Empire. These basic conflicts, accompanying representative institution building in seemingly most anti-institutional times, offer an excellent possibility to investigate the performative nature of politics more thoroughly. Focusing comparatively on soviet and duma sessions in the provincial centres of Samara, Saratov, Perm and Yekaterinburg and using thick descriptions of communication situations indebted to the cultural history of parliamentarism, ethnology, communicative theory, biographical subjectivity studies and discourse analysis, I look at the communicative means that had to be employed daily to construct political communities, uphold them and present them as relevant: rituals of acclamation and exclusion, charismatic self-presentations and pledges of fealty, cultural practices of coalition and the complex entanglements between the necessity to often do politics by persuasion alone and lowering violence inhibitions. Thus it will become clearer, what it meant to represent democracy throughout Great War, Revolution and Civil War and how not least the negotiated representative self-images contributed to the success of undemocratic political orders.

Born in 1989 in Leningrad, he studied History and Archeology at the University of Cologne. While studying, he gathered additional experience in tutoring at the University and in science journalism at Deutsche Welle. In 2016 he earned his MA degree with a thesis advised by Prof. Dr. Maike Lehmann on the practices of political community building employed by delegates to a socialist revolutionary conference in May 1917. In November 2016 he was accepted to the Graduate School for East and Southeast European Studies and currently works in Regensburg on his doctoral thesis under the supervision of Prof. Dr. Guido Hausmann. Daniel Schraders research interests include the cultural history of politics, Late Imperial and Early Soviet social history as well as the history of subjectivity and autobiographical practices.